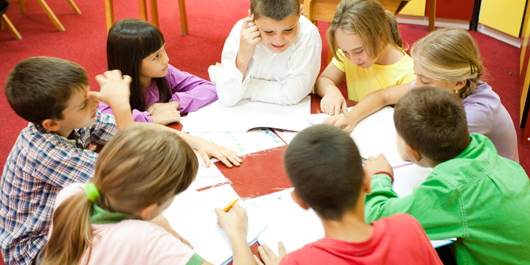 An assessment of learning styles and learning difficulties can make a real difference to a pupil’s progress through school.

The earlier a child’s skills and difficulties are identified, the better it is for the learning and development of that pupil.  This is particularly relevant for the core skills of reading, writing and maths.  However, it is worth bearing mind that for very young children, there is a limited range of standardised tests that can be used to assess literacy skills.  So, assessments in children aged 7 and under may give indications of difficulty, but it might not be possible at that stage to give a firm diagnosis.

In her reports, Jennie provides an overall picture of the pupil’s abilities and difficulties as well as clear and attainable ways of helping them to show their strengths.

At the primary school level, Jennie focuses particularly on strategies that can be used to help children to learn the core skills of reading, writing and maths.  This can be very helpful to teachers, and to parents.  It can mean that the dyslexia or maths difficulties have less effect on their abilities to pick up these skills.  This is very important for the pupil’s self-esteem and their personal as well as educational development.

If a pupil is assessed as dyslexic or with another SpLd, we can recommend a range of access arrangements including extra time and use of a computer.  A full assessment can provide a strong case for assistance.  Please note, though, that access arrangements are put in place by the student’s school or local authority, and they also have to support any application.  Generally, evidence is required from the school that any exam arrangement provided makes a significant difference, and that it represents the pupil’s normal way of working.

“Matthew wasn’t failing in school. In fact he was doing quite well in some areas.  But from about the age of 3 years I always felt that there was something not quite right.  Matthew seemed to learn things differently to other children and he showed great strengths in many areas of development.  However he would not entertain the idea of holding a pen before he entered school.  He would write his name if he had to but wasn’t interested in doing anything else.  I wasn’t too worried about that.  He was an active boy with plenty of imaginative play.  He wasn’t a boy that sat and coloured.

When he started school aged 4 years 11 months, he progressed well with his reading, in P2 he got 10 out of 10 for his spelling each week and as such held the title of “best speller” in his class for the whole year.  But I still worried.  Something was not quite right.  He hated story writing, he procrastinated, he found every distraction and became the distraction for many with his wit and humour.  He didn’t particularly like new situations, changes in routine and busy, loud places.  Before he started school and prior to P2 and P3 he developed a pronounced facial tic which disappeared each year 2 to 3 weeks into the new school year, once he was settled into his new class.  He loved practical classes and learnt well through experiential learning.  But he rarely finished work, despite often being able.  Work started to be sent home and, if it was story writing, it would take forever to complete.  He was often emotionally fragile after school, crying at the smallest of things, and he would appear tired.  And we had major breakdowns over story writing!  We were worried that Matthew would fall behind in his schooling if he didn’t complete the work in class.  We weren’t sure if he was in the best place for his education needs.  We looked to private school and he was assessed for P4 entry.  The results surprised us.  I am not sure why since we always sensed something was not quite ‘right’.  His profile was very uneven – great strengths in maths, reading age appropriate but spelling a year behind.  This was the boy who was top speller for a whole year!

It was suggested that we get a psychology assessment.  It is the best thing we ever did.  I remember tentatively asking Dr Guise “so do you think he could be mildly dyslexic”.  I’ll never forget her response …. “oh there is no doubt he is dyslexic.”  A mix of emotions came over me.  A sense of shock but an enormous sense of relief.  Finally someone believed that my son was different.  That there was a reason for his performance in school.  Dr Guise carefully went through the assessments she had administered and things just started to make sense.  Perceptual reasoning 92nd percentile, verbal comprehension 75th percentile, working memory 68th percentile but processing speed 7th percentile.  No wonder he was slow in class.  No wonder he forgot what he was doing.  No wonder he was often in bother!

The assessment provided us with a diagnosis which helped us to make sense of Matthew.  We felt guilty for the pressure we had been putting on him and sad that he had been so misunderstood for so long by everyone.  But we were delighted to have something concrete, some proof that hopefully would allow Matthew access to the help he needed.  Dr Guise spoke to Matthew about what she had found.  He smiled and the words he uttered will stay with me for ever.  “Will someone now help me?”  It has changed the way we work with Matthew.  We now try to be much more patient and understanding although there are days when the dyslexia still leaves us all frustrated.  We now have in black and white the proof we needed.  We feel empowered.  Matthew does OK at school.  We will always have to battle for support since he will never be a priority.  He is a victim of his own success.  But we can now understand his tears.  We can now understand his behaviour and his reluctance and anxiety surrounding new situations and people.  His dyslexia affects so much more than his reading and spelling.  It affects him both in and out of school every day.  I wish others could understand that.”

When Katie was told two years ago that her son Roddy wasn’t dyslexic she knew it was a mistake.  He was struggling with his spelling, and writing had always been a stumbling block.

“I was concerned they weren’t picking up on something.  Then I took him to an optometrist.  He had been wearing glasses for reading but the optometrist said he should be wearing them all the time.  For two years he wore them all the time, and his eyesight improved.”

Despite this, 11 year-old Roddy’s writing had not improved.  Support at school was reduced, and Katie asked for an assessment again in February 2011.  With Roddy now in Primary 7, she was worried about how he would cope at high school.  And at a parent consultation, teachers advised that Roddy would struggle at high school with note taking, following a timetable and organising himself.

Katie contacted DysGuise and Roddy had a full cognitive assessment.  “It was very thorough and Jennie completely put Roddy at ease. She had him doing writing, and talked to him.  The test he had before was all done on computer.  But this one was very interactive.  Then we got feedback right away on the results, and we felt it was encouraging.  We got the full report soon after.”

The report recommended practical things Katie could do, and ways of working that would suit Roddy’s profile of abilities.  “Finding out Roddy was dyslexic wasn’t just a label.  I had been scared of that.  It has given him confidence in what he is doing and it’s also shown up his strengths.  He is good at talking, very clear and confident.”

“We have already started doing some of the steps.  It’s amazing!  It just made sense.  Getting the diagnosis gave us the confidence to deal with it and get the support Roddy needs.”

“And he was so relieved.  We have now changed his strategies for his homework.  He is less stressed and there’s less tears!”

Roddy is now back on a learning support programme at hisPrimary school, and he was accepted for a place at George Watson’s.  “I had never seen him so proud of himself.  After the test to get into George Watson’s, he came out and said ‘I did it!’”

Our new book is now available from Amazon.co.uk.

Dr Guise’s report helped change people’s minds about my sons – they can see where their strong points are, what their skills are, and both boys are doing really well now.